Original Civilization game created a new standard in grand strategy games - on the screen of your computer you were able to build from scratch a whole civilization and guide it through the ages as your citizens struggle with nature and the rivals. Three students from Aarhus tried to adapt this single player game to more multiplayer role back in 1995 and they succeeded beyond their wildest dreams. Freeciv Project, as it is known now, is a strategy inspired by original Civilization, but it reaches beyond capabilities of this game due to wide range of preferences and settings available. Enough said that as online game it is available as single player, multiplayer and even play-by-email.

Modern version of Freeciv has more options, but basics remained the same - as leader of a tribe you start to build your civilization on a (usually) randomly generated map. You need to gather resources, build cities, advance science, build army and explore the terrain. You can use diplomacy, you can trade, but usually you just need army that will be up-to-date with the most recent discoveries and inventions. 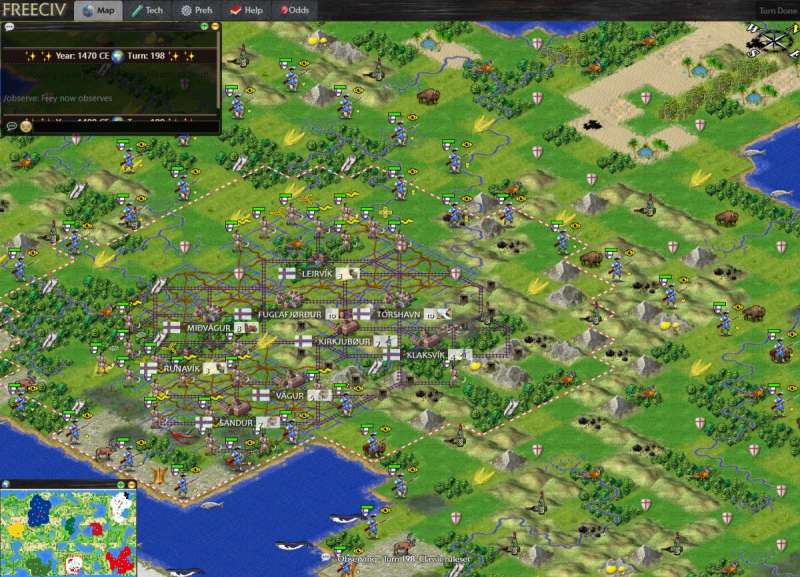 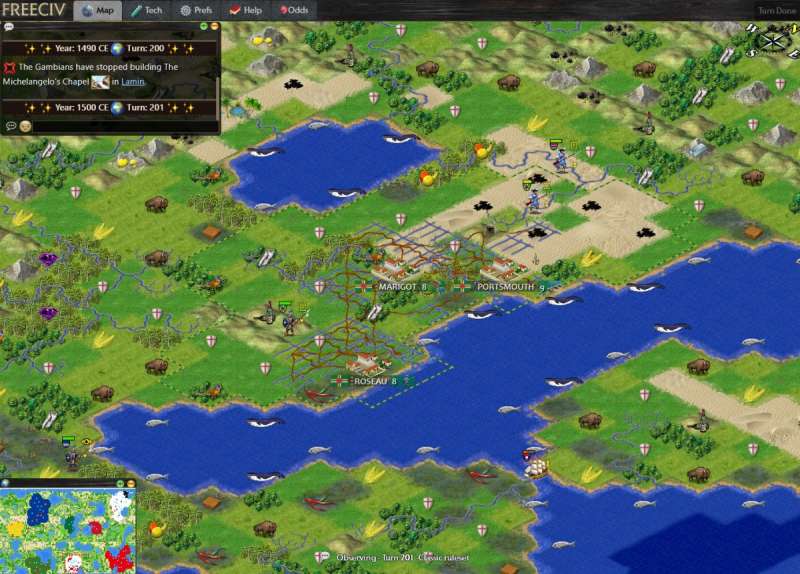